This was my last week. I stopped doing any further experimenting and spent my time processing previous results, thinking about and studying concepts, and talking to people to discuss remaining questions and to formulate plans for future work. I packed up my equipment and left some samples and some details with Prof. McCord's students so that they could try doing some imaging without me.

With Prof. McCord's students, we finished acquiring sets of images for two of my sensors. One of these was a device with rather low magnetic frequency response, but it's the one that I had a complete set of noise results for. The second was a device with strong frequency response to magnetic fields, and with other excellent characteristics such as a very smooth and well behaved frequency response curve. However, this one is the one that stopped working (mentioned in week 5) and lacked noise data, but the resonator was still intact, so the magnetic domains could still be studied. The MOKE imaging results were very illuminating. For example, we deduced that domain orientation was pretty much opposite to what I expected in the sensor with low frequency response.

Going back to Prof. Höft's lab, I resumed characterizing sensors in order to finish another set of noise measurements, with a sensor that has substantially better frequency response than the one that had already been measured. The goal is to compare whether better frquency response actually results in better detectivity. The next sensor candidate was measured and turned out to have poor characteristics; it was removed from consideration. I selected another device, which was very promising based on old data--but, as it often happens, there was an accident, and the sensor was broken. We tweaked the 3D-printed holder to improve the stability of the probe, and proceeded to test the next device that had good characteristics (but not as good as the one that was broken). We then performed the noise measurement.

We performed another measurement where we measured noise the same way as before, and on the same sensor device, but this time added an AC modulation field. The sensitivity could be extracted and cross-checked with prior results. I also checked through my samples and identified the next potential sensor device candidate to do noise measurements with.

Additionally, I started working with the group of my second advisor here at CAU, Prof. McCord. I met with two of his students and we discussed some details about my sensors and formulated some plans for what to image. Their lab specializes in MOKE imaging of magnetic domains, and this would be potentially very helpful in better understanding the causes of different sensor results that I have been getting. We began "playing around" with the MOKE--that is, tuning the settings to find the right configuration to see the domains.

As a way of comparison, I conducted some experiments to measure limit of detection using the technique that I've used previoiusly: apply an AC modulation field to the sensor and acquire the spectrum of the output, while decreasing the modulation amplitude until the modulation peak can no longer be detected. With a bit of help, I made this an automated test and varied the length of FFT acquisition time (points) to check how this might affect the results. We did see that it made a difference, and this led to some interesting discussions between me, Phillip, my advisor back at NEU, and Professor Quandt.

Much of this week was consumed by finishing writing a program to process the noise data and putting the results into plots, slides, etc.

We finally completed a measurement of phase and amplitude noise using the sensor from the prior week. However, processing and analyzing the data was a lengthy process.

We attempted to complete a noise measurement on the good device that was identified the prior week. Everything was set up and programmed, and we let the measurement run. However, somehow the sensor had stopped working sometime during the preparations, which we only found out afterward. And it was not possible to get it to work again. So this was quite a disappointment. We had no other choice but to start the process again by characterizing the sensitivity of another sensor. I picked a device that had somewhat middling performance from prior data, and we ran the initial characterization measurement multiple times to check repeatability. The behavior was not desirable because results varied from trial to trial. So I picked another one and repeated the process. This time it was better, so we decided to do noise measurements on this device in the following week.

We found that the particular device that I chose previously was a bad one to work with since it had poor stability or repeatability. From my old data I identified a sensor that previously had good performance, and we characterized it again using the lock-in amplifier. This one had very nice performance, so we started preparing to do noise measurements on that one. 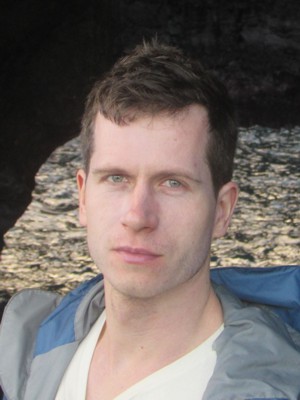 Topic: Limit of detection and noise of magentoelectric MEMS magnetometers